Report on the Pan-Pacific Gamba Gathering 2007 in Hawaii

Thankfully, we came back safely from a big five-week North-American tour. Here we report mainly about the performances. We visited 9 cities in the U.S.A. and 2 cities in Canada with a repertoire of 56 pieces specially prepared for this tour. We compiled 11 programs from these for 29 appearances times in 34 days and enjoyed our hardest day when we had after two educational workshops and a concert including two US premieres just after arriving from the airport. Since these were rare and wonderful experiences with many various and intensive performances, we think this tour was successful and are not sure if it was reality or a dream.

North American audiences were excellent which drew out our best performances. We were happy and satisfied every day. The details were as follows:

Concerts usually started with a pre-concert talk. I spoke about the instruments, the history of the viol in Japan in the 16th century and special points of the particular program. We constructed our programs to be accessible as possible for the audience, including arrangements, but tried to include the desires of every organizer. For example, we chose early music originally composed for viols when we were asked to limit ourselves to “before 1800”. We played premieres of contemporary American viol music written for us, where the composer lives. We worked out an elaborate plan for the cities which we visited before. We performed the U.S. premiere of “Viol’s Air Ryukyu Style” 2005 by Reiko Arima, which His Imperial Highness Prince Tomohito of Mikasa appreciated at the latest “Exhibition of the viol music XX” in Tokyo in Santa Cruz, which we visited for the third time.

The places where we played included halls of universities, churches and museums. Our concern was how to fit the different acoustics. We can not forget the beautiful sound at the Yale Museum of Music Instruments at New Haven. To our surprise, the organizers welcomed contemporary music. The curator explained that the collection is the documentation of each instrument reflecting the time when it was born. We were the first Japanese players in their 30-year series, as far back as they have documents. We battled with humidity changes flying through the desert of Arizona, snow of Canada and heavy rains in California for the first time in one hundred years.

Organizers in cities were not only non-profit early music societies, which organize several concerts a year, but also music institutes or departments of universities. We experienced 6 standing ovations and are very satisfied. We were very lucky to have good reviews from Columbus, OH; Halifax, NS, Canada; and Milwaukee, WI.

Educational outreach was diverse. At first, primary school children from ages 7-11 showed bright eyes upon hearing viol sounds. We exchanged singing and playing “Sakura”. At a middle school for Art Columbus, we were surprised that 80% of the students were black. The most impressive high school was RooseveltHigh School at Seattle. 200 wind and string students heard us with very high tension like sponges. We were moved by that. It was valuable for us to visit there.
Opposite to that, at Tufts University in Boston, we gave a very specialized lecture and demonstration on the interesting construction of early music, explanation of special techniques for contemporary viol playing, and good samples of contemporary music. At Atlanta, for hours on end we played students’ compositions written as homework under the title “minimalism”

At a lecture of the music history class at the University of California Santa Cruz, we played and I talked on the theme “early Baroque era” introducing the viol. For a special lecture at the Longy School in Boston for early music students, we gave a lecture demonstration “Arrangement of Bach”, connected with our new CD “Ja, doch BACH (Of course Bach)” YKVC 0503. They had very lively questions specialized on arranging music from keyboard instruments, and on how early music instrumentalists live now. Most of the students are inquisitive. We respect their intiiative.

The grant for this tour was divided among the organizers. It required us to include Japanese traditional music in our programs, and also events to introduce Japanese culture. We played contemporary viol music collaborating with a Japanese art print show, projected by slides, which had a good reception in our U.S.A. tour in 2004. Premieres included “Shireutok Suite” by Ryouhei Hirose and “Space Line” by Toshi Ichiyanagi. We also played works by Kikuko Massumoto, Tsutomu Mizuno, Shin’ya Takahashi, Yoko Sato, David Loeb and Rudolf Kelterborn and others. After every three works, we inserted a poem by Misuzu Kaneko and a tanka by Mokichi Saito in read in Japanese and English. Prints were by Hideo Hagiwara, Iwao Akiyama and many others. These were from the collection of Margrit Schurman living in Berkeley, CA.

At the Art University of Toronto, they focused on art prints; in a music school at New Haven they focused on viol music; the AsianCenter focused on Japanese culture; the Art Museum focused on contemporary Art, in a senior citizens’ residence house we focused on entertainment. We introduced the greatest possible diversity of viol expression and at the same time we enjoyed the combination of art and music.

Culmination of the tour was the commemorative concert at Ohmi Gakudo in Tokyo on 21 April entitled “As you like it”. The program was decided just before the concert began after the audience voted from our whole repertory of this tour. What will spring out!! It was a climax. The audience was excited and we enjoyed the thrill. So far as we know it was the first trial of this kind in the Japanese early music world. Thus our tour was completed.

The success of this tour was caused by great support from many people and from the Japan Foundation. We heartily thank to the two coordinators Lee McRae and Chester Pearlman and the organizers in each city, from the North American persons who stood by for back up instruments for emergencies, the person who sent additional CDs, a visitor from Yokohama to come to hear our concert in Milwaukee, members of YKVC Fan Club, and all who made our tour possible. 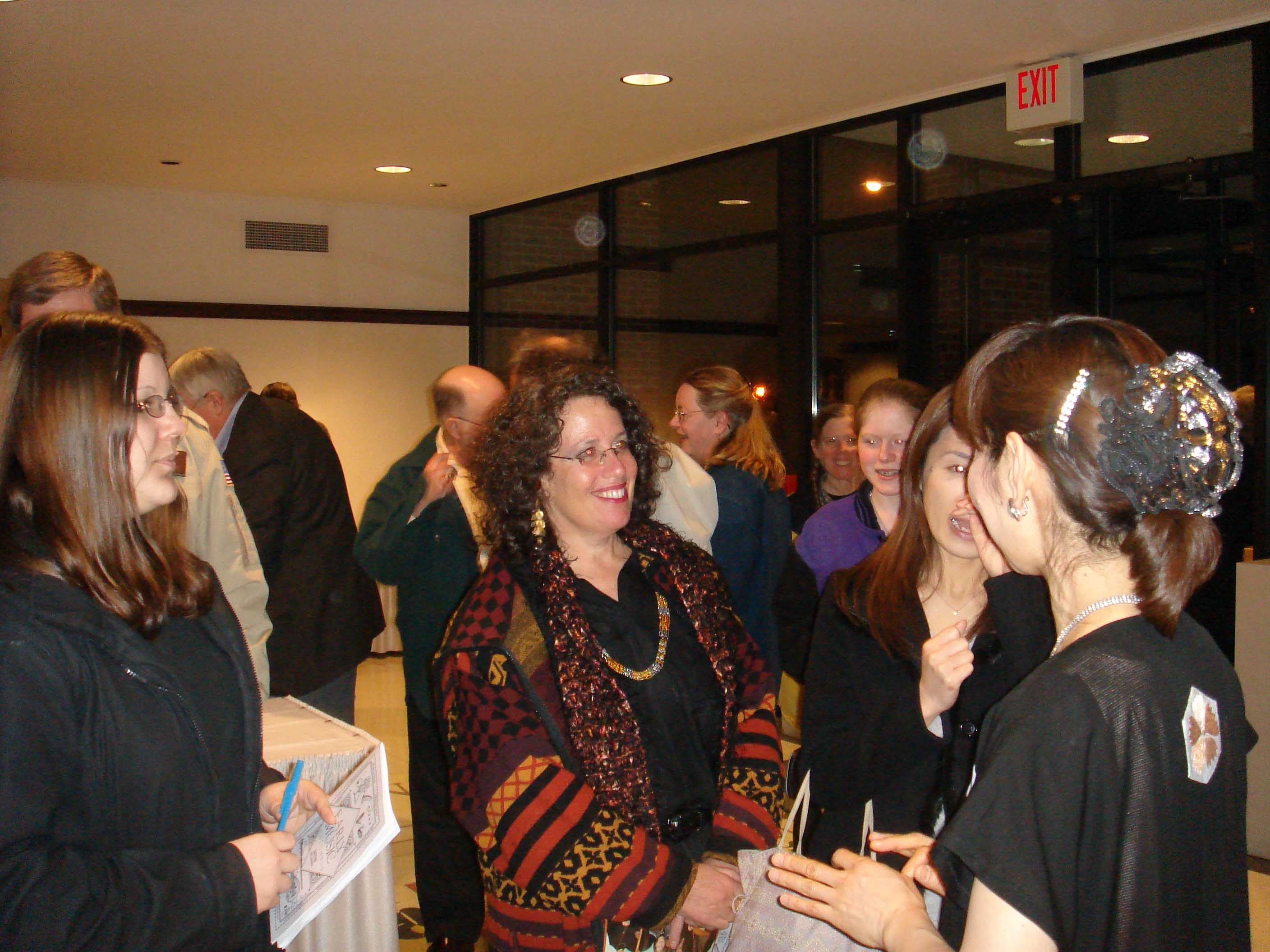 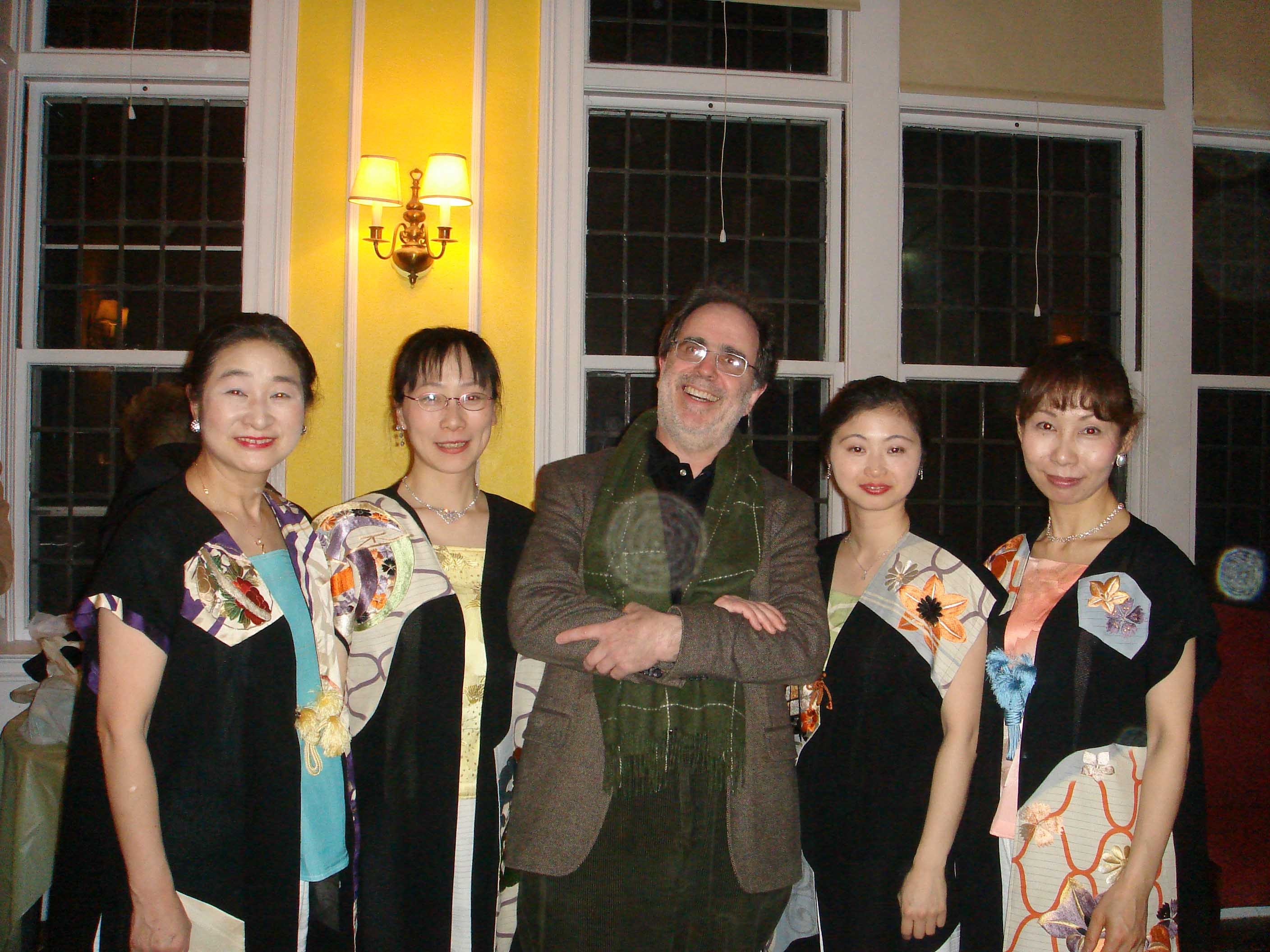 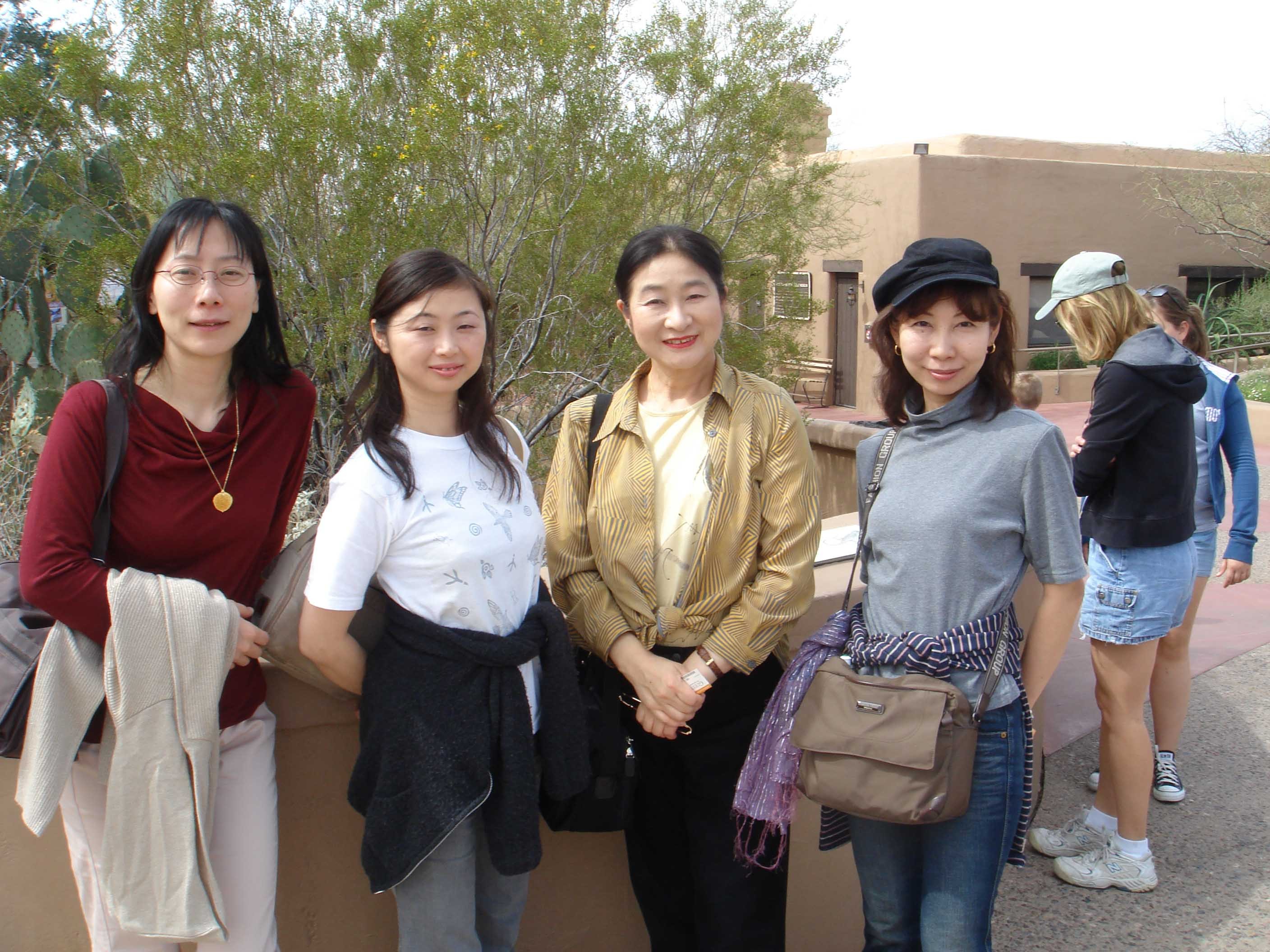 16 Thu
6 pm. Educational out reach at Music Academy of Tucson 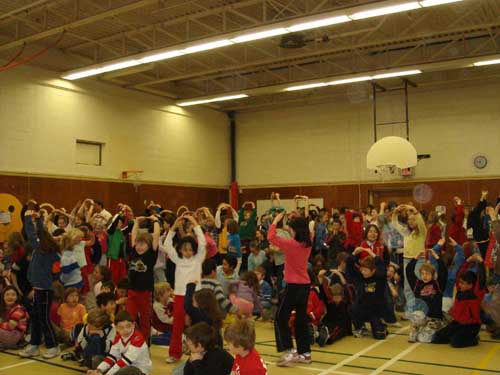 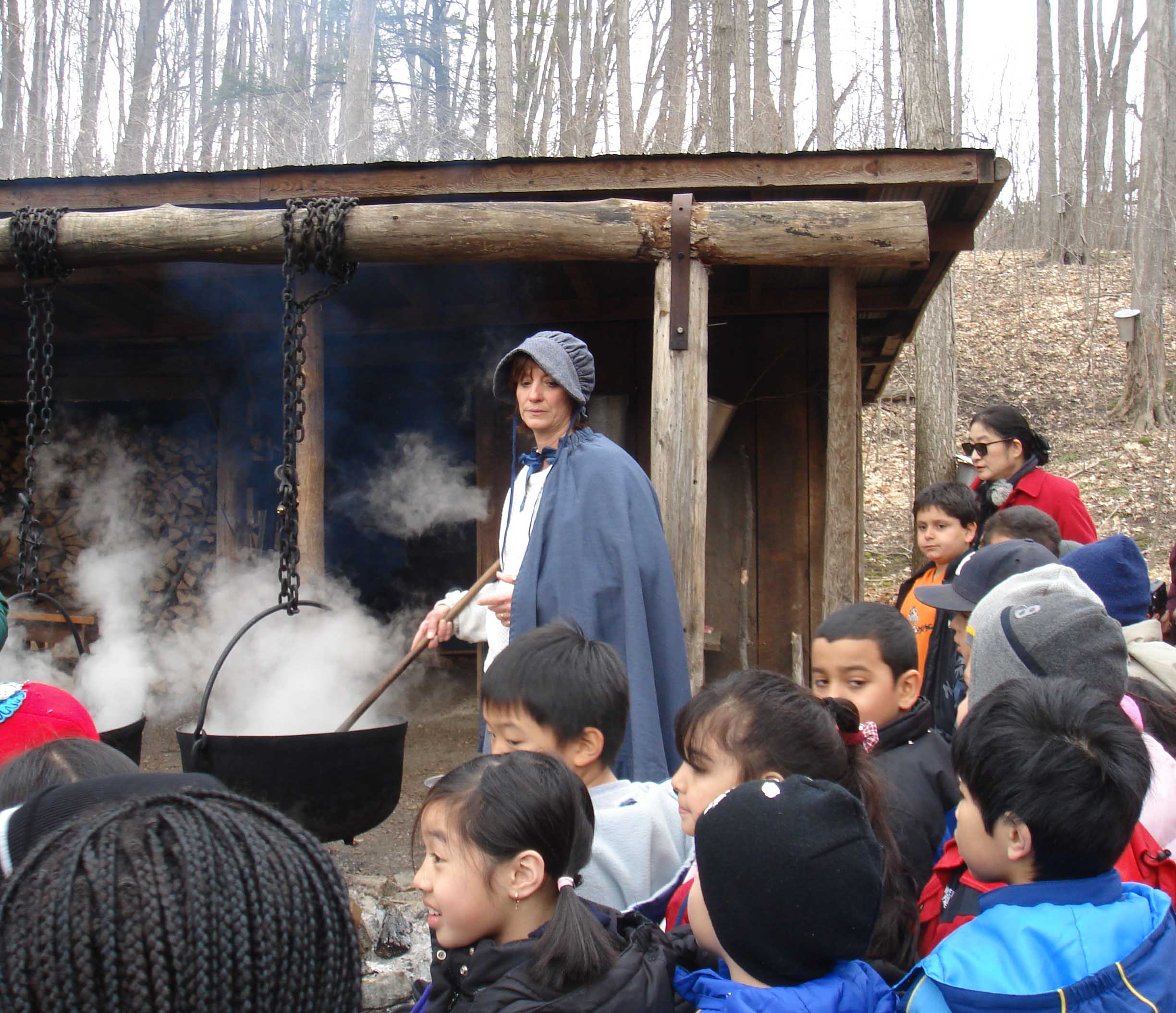 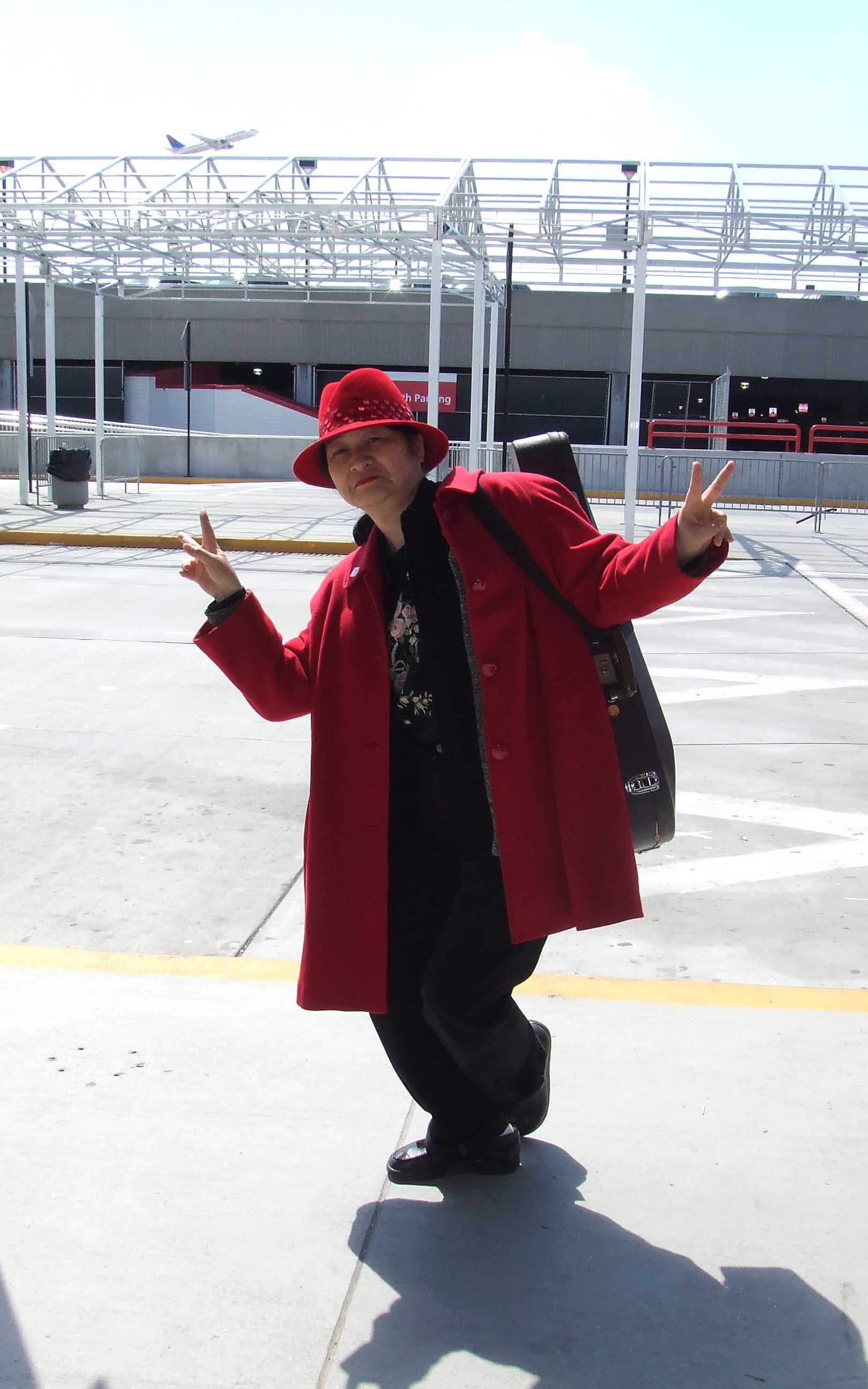 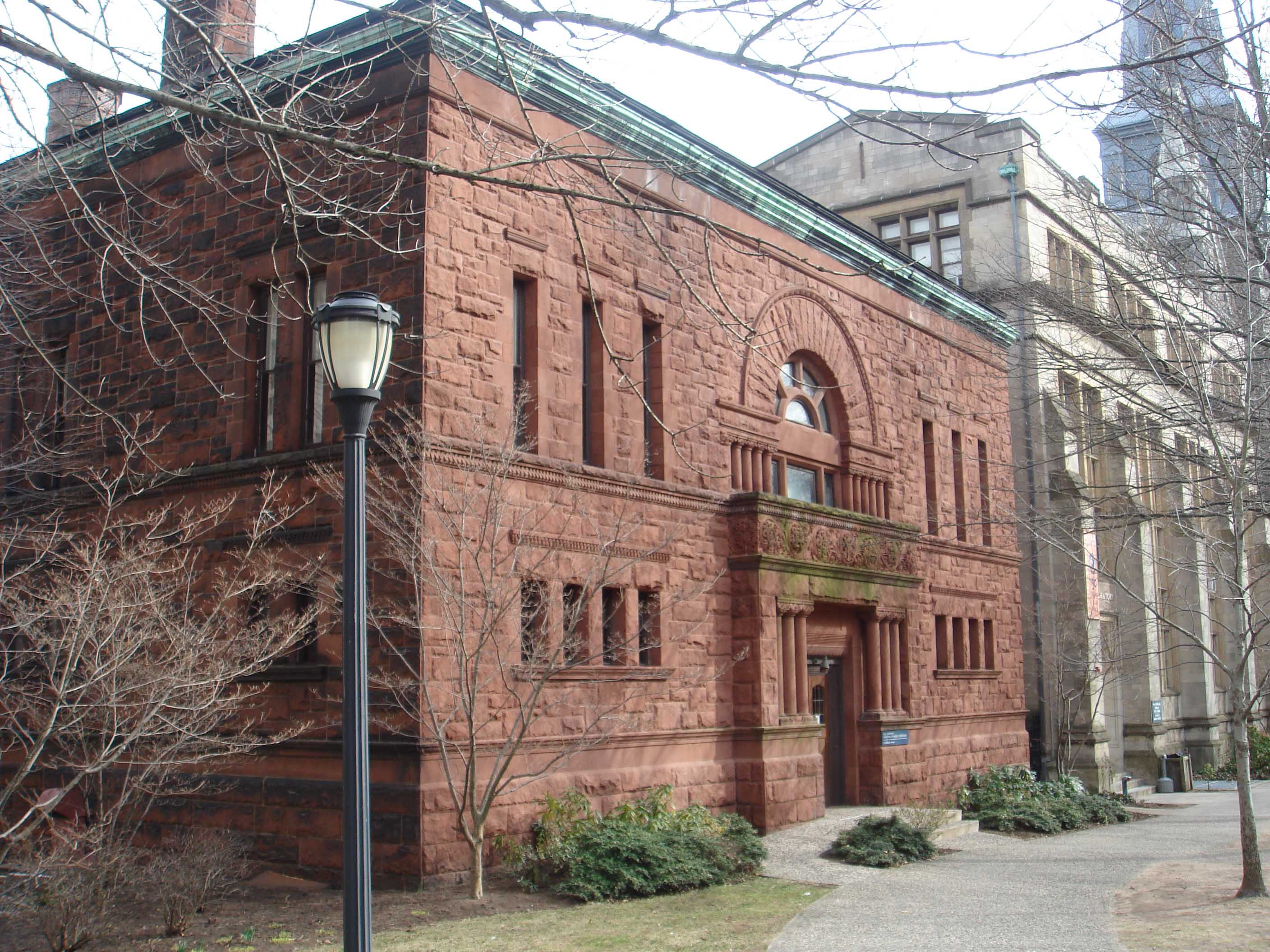 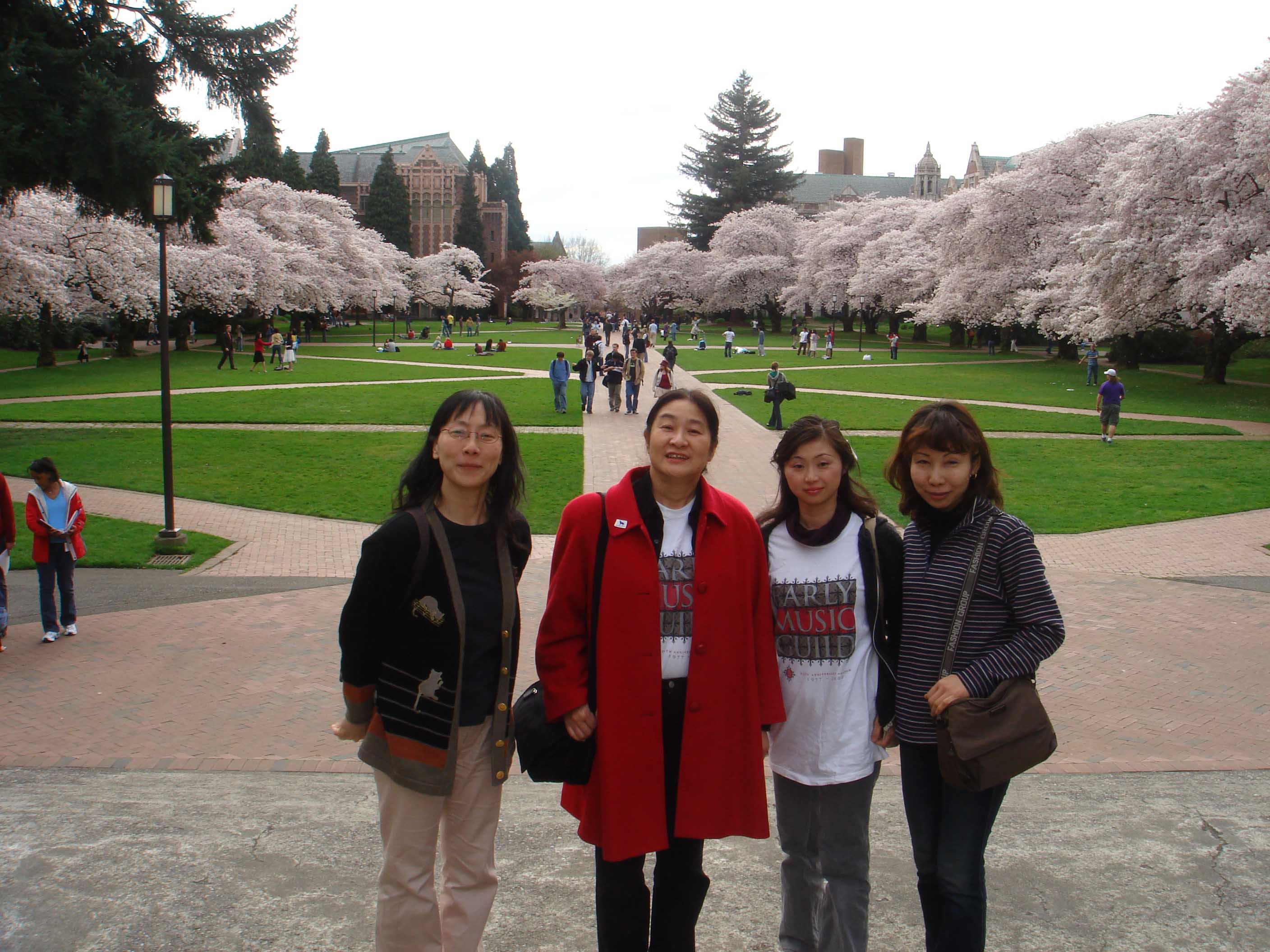 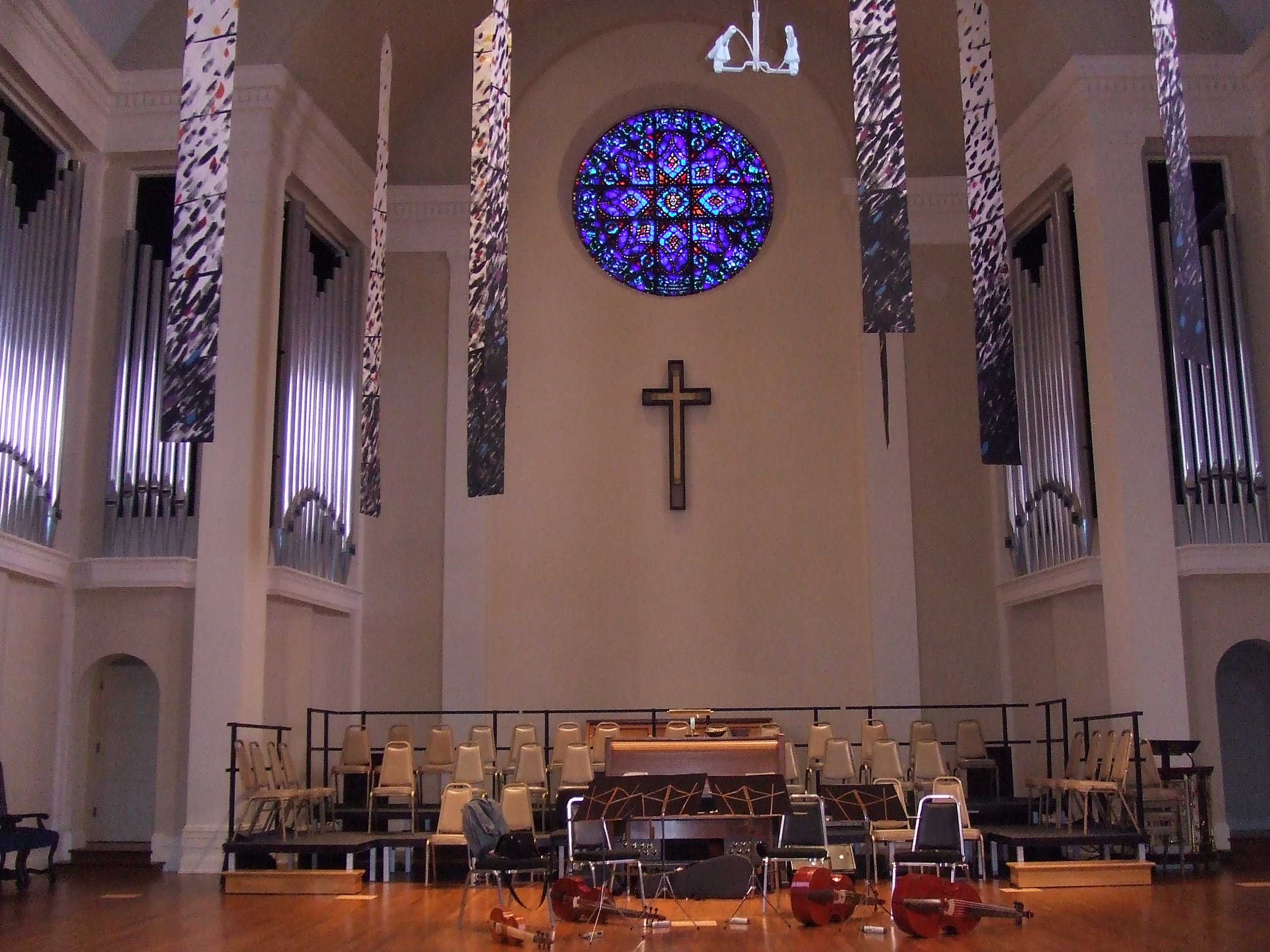 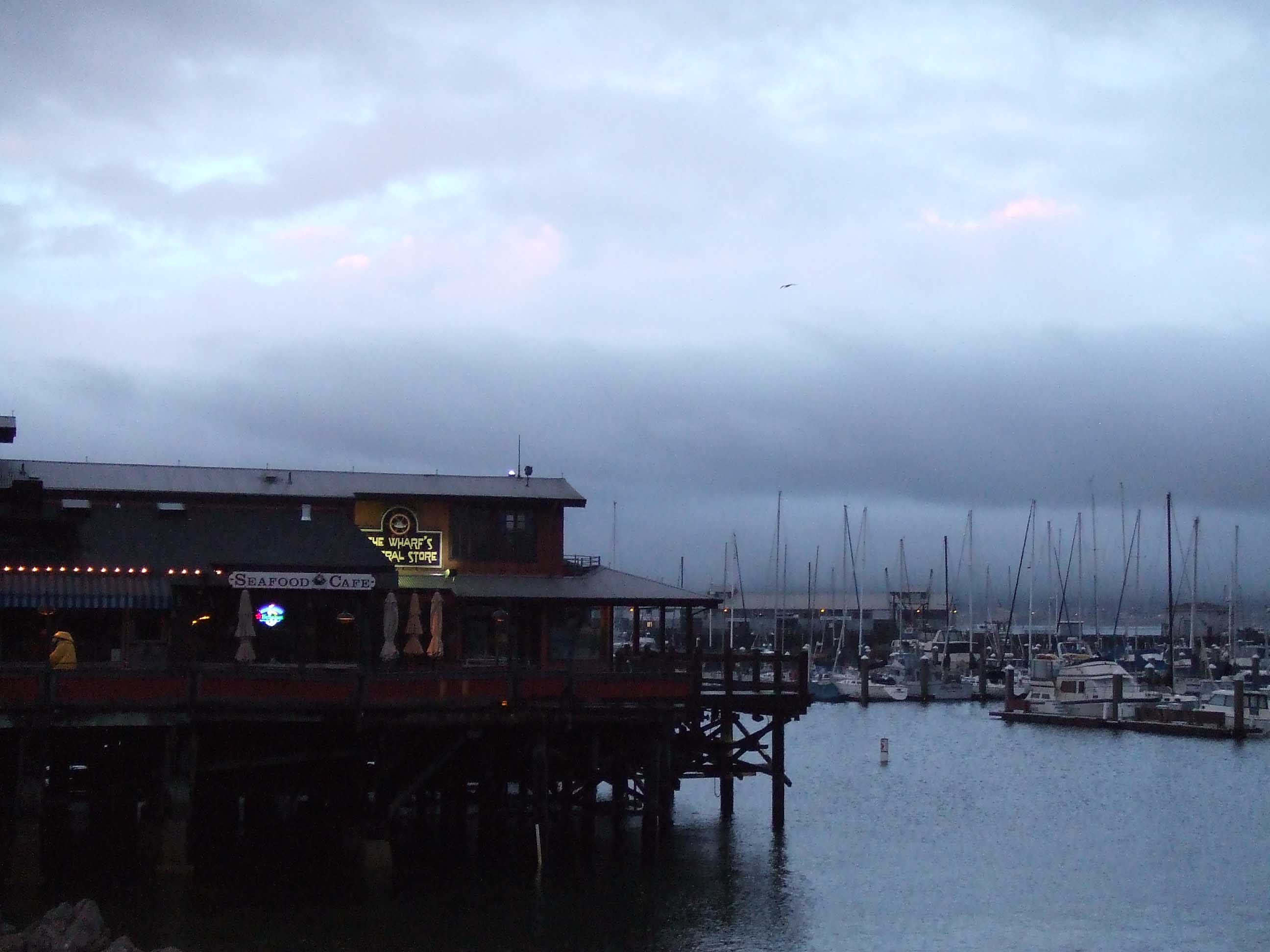 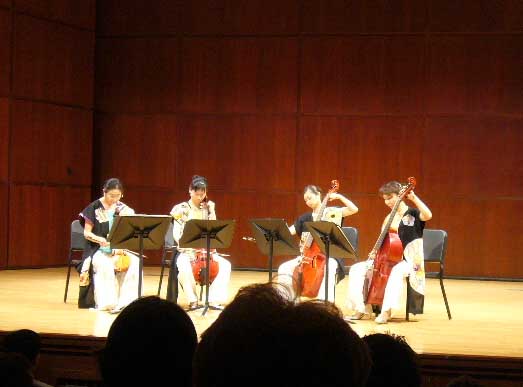 *Scriptum: Music for the viol by contemporary Japanese composers accompanies the 20th century Japanese art prints, an art form with a long tradition of fine craftsmanship and aesthetic sensibility.