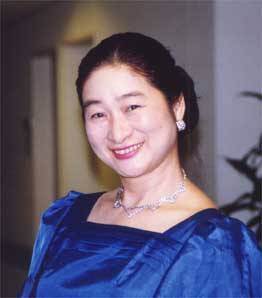 Born in Kamakura, at the age of four Yukimi Kambe began to study the violin with Kiyoshi Tsutsumi, Tomoyasu So, Takeaki Sumi. While studying the violin with Ryosaku Kubota at FerrisJunior College for Music, Yokohama, she began to learn the viola da gamba with Toshinari Ohashi.

She graduated from the Schola Cantorum Basiliensis der Musik-Akademie der Stadt Basel with the Diplom for Early Music, Major Viola da Gamba under the special jury of Nikolaus Harnoncourt, where she studied the viola da gamba with Hannelore Müller, ensemble with Hans-Martin Linde and others. Afterwards she studied with Wieland Kuijken at the Koninlijk Conservatorium voor Muziek (The Hague). She attended summer courses by August Wenzinger, Nikolaus Harnoncourt, Wieland Kuijken and Jordi Savall. She began her career in Europe giving recitals at the Museum for Hamburgische Geschichte, Radio Bremen and others.

In Japan, Yukimi Kambe has given recitals, concerts, recordings and made appearances on TV and radio. (See her History) She is the founder of Yukimi Kambe Viol Consort. Through her associations with Japanese, American and European composers, excellent modern viol music has been created. (See her Premiere performances) She was the president of Viola da Gamba Society of Japan in 1983 – 84. Besides performance and education, she has researched the history of the viol in Japan in 16th and 17th centuries. (See Article Viols in Japan ) She is a lecturer at the Kunitachi College of Music (Tokyo) and at the Ferris University College of Music (Yokohama).

Yukimi Kambe is one of the foremost viola da gamba players representing Japan. She is not only a talented player: endowed with the spirit of insatiable inquiry into history and culture, she is also the kind of musician who approaches the spiritual content of music with her strong drive.

Yukimi Kambe, the director of this consort, is a talented violinist and musicologist as well as viol player. (She translated Jean Rousseau’s “Traite de la Viole”) This affords her a broad view and a depth of understanding as a musician. She learnt the noble traditions of the viol from the top players of Europe in Basel and The Hague, and brought these traditions to Japan, giving them a new attraction through her sensitive receptivity and diligence peculiar to Japanese.